The death of the Nigerian Educational System has been successfully executed by the bandits in the corridors of power in this nation.

From primary to university level, nothing is left to actually prove to ordinary Nigerian that any meaningful injection of humanity has been added to the only sector where all others have their oasis.

I read through some of the articles written by erudite scholars from different higher institutions of learning yesterday about the intention of the Buhari led administration to kill the university system in Nigeria, I was technically knocked down by the emerging facts.

The likes of Profs Fawole (OAU), Gbenga Ibileye (Federal University, Lokoja) and Ayuba Ribadu (ABU) only gave us a segment of the death penalty. These are the impacts of the current imbroglio between ASUU and the FG most particularly the effects this is likely to have on the teaming Nigerian under and post graduate students who have little or no knowledge of the various demands of the lecturers which are not limited to the IPPIS but also the poor funding of the public universities by the state and federal governments.

A blame of this declension and dissipation is not too unattached to the ‘weavers’ of our constitution who neglected the resultant effects of illiteracy in the electoral acts by playing down the importance of education in the choice of our leaders.

How would an assembly of illiterates and hooligans see any need in the fight against poor funding of the education sector where they won’t directly benefit but ignorantly forget the future woes of this on all spheres of human life especially in a nation like Nigeria where no better future is ever dreamt of. They make series of melodies and melodramas at the National Assembly.

Except VERY FEW at the NASS who have university certificates, about 2/3 of them possess ordinary secondary school certificates and shamefully enough, some are holding primary school certificates since that’s the lowest possible certificate recognized by the constitution to contest a seat at the National Assembly. How would a Local Government Chairman without a university education know the importance of bursary/scholarship to the children of the poor parents? How would a councilor with no educational qualification give out school materials to indigent pupils in his community? Purely ironical.

The unconcerned attitude of the government is also working against us with the proliferation of private institutions in the country. These disgruntled politicians build these schools not with the intention of promoting scholarship and or learning opportunities, but fraudulently making profits from innocent parents who can’t differentiate between earned degrees and ‘yearned’ degrees. They deceive them by awarding their wards various excellent classes of degree with little or no academic rigours.

The simple reason is not far-fetched. Killing the system will avail them the opportunity to continue their lordship over the poor masses. Providing a sound and better education will always bring about face-offs between them and the educated elites. The fear of imminent move of being ‘overthrown’ by these individuals who have seen the rots in the system and are poised to bring about drastic changes is also being envisaged.

There are brain-drains in all sections of the socio-political economy. Even the health sector is seriously being affected. Immediately after graduation, no fewer than a half of our trained medical personnel find average living opportunities elsewhere at the expense of the dying state.

Most of our best brains have secured research and teaching opportunities in better academic climes as ours at home are killing or to say have been rendered valueless by our heartless political leaders.

In one of my articles recently, I specifically ascertained that the nation is at its decadence. No better parameter to measure this other than the education sector. Injury to the sector is injury to all sectors. Education is the key to all growths and developments.

In a nutshell, our educational system must be leveraged. We need wholistic approach to raise the bar. Our government must bear it in mind that the only lens to view development is education. Killing it is killing the nation.

Let’s all see this as a wake-up call for the future of our nation to be redeemed. 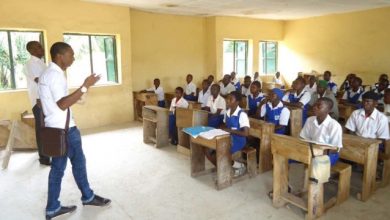 Coronavirus: Alternatives to learning outside classrooms 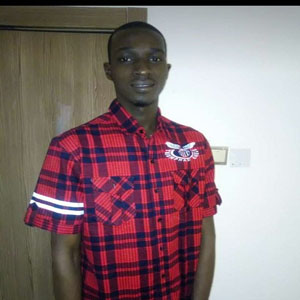 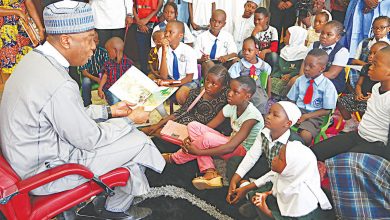 Children are Great Imitators, so give them Something Great to Imitate. 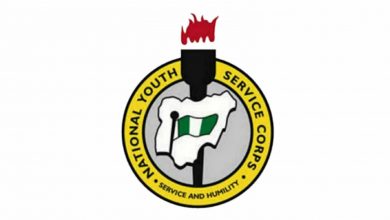