The National Coordinator Concerned Advocates for Good Governance (CAGG), Olusegun Bamgbose, has condemned the decision of the Government to reverse its earlier announcement on the resumption of schools for existing students, describing it as inimical to the future of education in Nigeria.

He added that the reason school children need to be protected from being infected by COVID-19 is germane, but not sustainable in the long run.

In a statement on Daily Post, credited Bamgbose, he said” Our nation is not at war or serious unrest, it’s pandemic that can be controlled. it will be shameful and disgraceful for Nigeria, the giant of Africa, with all the resources at our disposal, not to allow our schools participate in the West African Senior School Certificate Examination.

“The schools cannot be closed indefinately. the COVID-19 is not something that will vanish in a moment. we need to check up the statistics of how many of our students are already affected.

“How vulnerable are they? How quickly can they recover if they are affected? These are vital issues that should have been considered before taking such a rash decision.

“Allowing the final year students to sit for their exams would have been a very good way to determine  when other students may likely be allowed to resume as well.

I will urge the Federal Government to urgently review its decision and allow our students to sit for SSCE as scheduled.

The risk is worth taking. we stand the risk of losing some of these students to social vices. if they are anot allowed to resume to sit for the exams as their counterparts in the region.

“We must value education, without necessarily undermining the health of our students. we should strike a balance.

“Things won’t go awry if the guidelines for resumption are strictly followed. Indefinite closure of schools will definitely be counterproductive.”

It would be recalled that the Federal Government had suspended the resumption of schools for certification/exit classes.

A decision reached after a virtual Federal Executive Council meeting presided over by President Muhammadu Buhari.

Adamu Adamu, Minister of Education, briefed State House Correspondents at the end of the meeting, announcing that Government owned schools will remain close, and Pupils preparing for the 2020 WASSCE will be exempted from the exams.

Adamu, also added that schools can only be reopen when it is safe to do so, saying Government would prefer to forfeit one year academic session rather than to endanger the lives of student to the deadly COVID-19 Pandemic by reopening of schools.

This announcement came after the government had earlier stated that schools will be reopen for category of student (SS3, JSS3, Pry.6) to enable them prepare and participate in external certification/exit exams. 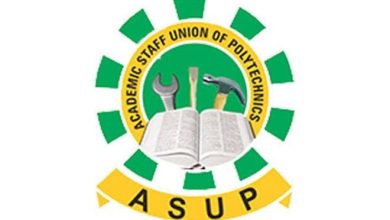