The Joint Admission and Matriculation Board (JAMB), have arrested an officer of the Nigerian Police Force, for engaging in exam malpractice.

The Police officer, Mr Etim Isreal, who is a Constable, in the Akwa Ibom State Command, allegedly registered for the exam with his name, but hired a mercenary to sit for the exam.

Report gathered that the mercenary used his original picture and other biometric details to carry out the fraudulent act.

Investigation further revealed that, Mr Isreal applied to study Fishery at the Akwa Ibom State University in the 2020 UTME,and paid the mercenary who is now at large, N30,000 to sit for the exam on his behalf.

In his confessional statement, Isreal disclosed that, after scoring 240 in the exam, he decided to commence the admission process, but the disparity in the picture, halted the process, which forced him to visit the JAMB office to correct the supposedly anomaly, but unfortunately, that move, caused him to meet his waterloo.

“I went to their (JAMB) office to change my picture when they told me (in Akwa Ibom) that I won’t be able to use the result because of the picture,” Isreal explained.

The Police Constable, in a remorseful manner, appealed to JAMB to tamper justice with mercy, while promising to help fight and curb the incessant issues of impersonation in JAMB examination.

In a related development, the Registrar of JAMB, Professor Ishaq Oloyede, said Isreal will be prosecuted in accordance of the law, as he also expressed worries over candidates resolve to manipulate the process, despite strong measures being put in place to checkmate impersonation.

He said: “When some candidates complain that they have registered for our examination, many do not grasp the full import of their claims as such candidates, who are more often than not impersonators, expect to be allowed to enter the examination hall without undergoing necessary searches.

“However, in the last UTME, the Board introduced the taking of snapshot of the candidate who claims they could not be verified and comparing the new picture with the one in our database.

Meanwhile, the JAMB Registrar has assured candidates who had genuine verification challenges during the 2020 UTME, that the exam body would reschedule a new date for them to write the exam

There have been various cases of examination malpractices in the 2020 West African Senior Secondary Certificate Examination (WASSCE) and the Unified Tertiary Matriculation Examination (UTME). 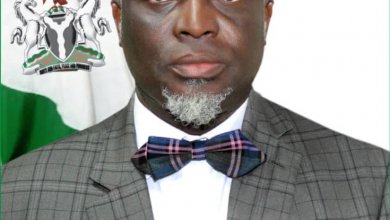