The Minister of Education for state Emeka Nwajiuba has urged the Academic Staff Union of University to join the federal government Integrated Payroll and Personal Information System (IPPIS). The Minister was speaking via Skype on Channels Television News at 10 yesterday, wondered why ASUU as a body is resisting the IPPIS payment system.

“myself and ASUU, we all are employees of the federal government, the same way I receive my employment via IPPIS is the same way other Nigerians received theirs, if any other person wants to use a different format for his own employment, am not sure why, when I first join the cabinet, I noticed that there  were disparities in some of my……………..whatever the deductions were, and I went back to IPPIS and they address it.

ASUU proceeded on strike over the federal government insistence that the union should enroll in IPPIS if not its members will not receive their salaries. 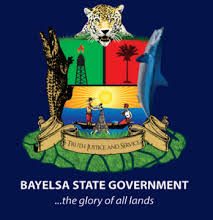 WAEC to Ban Candidates who ‘Cheat’ in Exams