With the inauguration of various milestone projects by the Afe Babalola University, Ado-Ekiti, at the weekend, Funmi Ogundare reports that the institution is taking private education to another level through the provision of quality healthcare delivery, as well as functional and transformational education since its establishment 10 years ago.

The dialysis centre, which intiative was aimed at consolidating its position in the healthcare sector, is named after President Muhammadu Buhari.
The institution also inaugurated a state-of-the-art blood bank and transfusion services, as part of effort to provide world class healthcare; Ministry of Aviation-certified modern Helipad to ease transportation of patients and clients to the Multi-system Hospital and the university, as well as a new building for the military to ensure security.

The inauguration which had in attendance dignitaries from the Medical and Dental Council of Nigeria (MDCN), management of the university and members of the academia, armed forces, the Deputy Governor of the state, Chief Bisi Egbeyemi, Alafin of Oyo, Oba Lamidi Adeyemi and other royal fathers, also witnessed the presentation of two books titled, ‘The Elusive Search for for Nation Nigeria’ and ‘ABUAD: The Pioneering Educational Renaissance’, as part of the founder’s continuous contribution to knowledge base and providing valuable reading materials for the public.

Speaking at the programme, weekend, at the Owolabi Hall, the founder, Chief Afe Babalola (SAN) said: “The importance of blood bank in a hospital cannot be overemphasized. A blood bank in a multi-system hospital like ours should be handy. Also because of the high number of patients, it is a necessity.”
On the Helipad, he expressed concern about the bad shape of the federal roads leading to the state with no airport and rail line, adding, “the helipad, which has since been in use, has become a necessity in view of the number of patients coming from all parts of Africa particularly in the absence of an airport.”

Babalola sat the military outpost has become necessary considering the different shades of crime including violence, kidnapping, armed robbery and killing for different motives.
The founder expressed concern about the closure of tertiary institutions in the country, saying that after a meeting with management and Students Representative Council (SRC), it was decided that the university should close down as directed.

According to him, “the SRC was unhappy about the decision. More than 50 per cent of the students believe that it is counter productive. Some of them, including some medical students who are in the midst of examination which will run for about a week. Some others are on postings.”
He said the one-month closure starting from March 23, would have adverse effect on the predictable academic calendar of private universities and reduce them to the level of public universities where four-year programmes are not completed in eight years.

“The senate is of the view that education is a delicate issue. Universities are not parstatals of government like railway or bank of industry. Even the visitor to public universities has no right to dissolve council, remove registrar or dabble into academic work.”

The acting Vice-Chancellor, Professor Smaranda Olarinde commended the determination and generosity of the founder to have the projects in place for the benefit of humanity, adding that the books will make a compelling read for those who are hungry and thirsty for knowledge.

“Having gone through the books, I am enthralled by the depth of the scholarly work that has gone into them, to the extent that they will make a compelling read for many who are hungry and thirsty for knowledge and ready to drink from the great Aare Afe Babalola’s fountain of knowledge and experience.”
She described the inauguration of the projects and presentation of the books as fascinating, as the institution is clocking 10 years of commencing academic activities.

“We all owe the multiple events of today to one man, a trail blazer, a pathfinder who has not only found the way, built the road, but most importantly leads us all through well paved road by example. We have not stopped growing as a university and we will not stop growing until we realise our dream of leading others by example in quality, functional and transformational education and provision of quality healthcare delivery in Nigeria,” the VC stressed.

The Alafin of Oyo, Oba Lamidi Adeyemi, who unveiled the hospital projects, said: “All of us here appreciate the centrality of a blood bank to any hospital. It makes life safer because if blood is needed for any patient, it is just a matter of going into the blood bank to procure the type that is needed for the patient. This facility will eradicate the age-long practice where relations of patients would be scampering in panic to procure blood for their sick relations many kilometers away from where the blood is needed.”

The royal father, who noted that he has never heard of any university in the country having a blood bank, said if the facility had been in place six years ago, his daughter who would have turned 60 this year, but died of renal failure, would have been saved with the dialysis machine.
He commended Afe Babalola for his futuristic initiatives, saying, “it is only a futuristic person that would put in place and inaugurate 16 dialysis machines, a helipad, blood bank and a military outpost in one day. I call on well-meaning Nigerians to take a cue from Afe by investing in quality education and healthcare delivery.”

Commenting on the closure of schools, he said, “the instant situation as it concerns the private universities is particularly worrisome in that the federal government did not consult the private universities before asking them to shut their doors and release their students, some of them were getting ready to write their end of session examinations, to go home for one month.”

In his remarks, the Chief Medical Director of ABUAD Multi-System Hospital, Professor Fola Esan recalled how he had donated blood 56 times in the past as a young doctor, saying that was what used to be when people had to donate blood willingly.

He expressed concern that everything seems to have changed as the country had to import blood from abroad to save the life of patients.
“We need to ensure that we can produce what we can, we have got the knowledge and facilities that will ensure that we no longer have to import blood from abroad. I am hoping that with the renal machines, patients with kidney failure can live longer and happily. The helicopter service will also ensure that those who are critically ill can be brought to the hospital on time.”

He appealed to the Ekiti state government to ensure the timely upgrade of its airport.
The Chairman of the institution’s Governing Council, Professor Tunde Ayeni described the programme as historic, saying that the hospital projects will take care of the training of its medical students; serve the community and the state in general.

In a letter sent to the institution, former President Olusegun Obasanjo commended the management for the initiative particularly at a time when the incessant trips by Nigerians abroad for one medical treatment or the other is becoming so alarming with many of them going as passengers and some of them coming as cargo.
According to him, “even for basic medical checkups, members of the Nigerian elite, at great cost to the public directly or indirectly, hop on a plane overseas.”

“How do we build our own medical structures when we keep going abroad? How do we build confidence in our medical institutions if we don’t patronise them? How do we encourage and support our professionals when we give the impression that they are incapable of meeting our medical requirements? Is it right to keep wasting our limited foreign reserves on such trips abroad?”

Obasanjo expressed excitement about the initiative, while urging all stakeholders to follow the example by providing service to humanity.
“No doubt, the effects of this laudable investment, particularly in dialysis facilities and blood bank by ABUAD is one that will touch the lives of people, reduce pain and sorrow, and help build the bodies and minds of people who will in turn would become more productive in the society.” 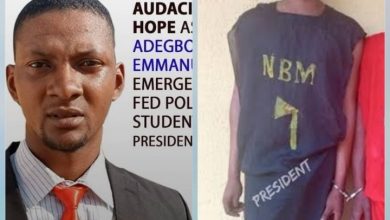 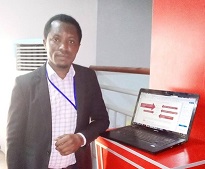 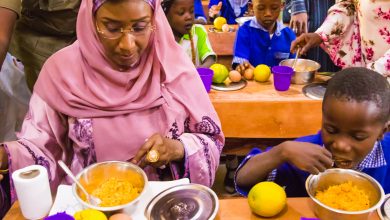 The Mystery of Home Grown School Feeding by Nigeria Government 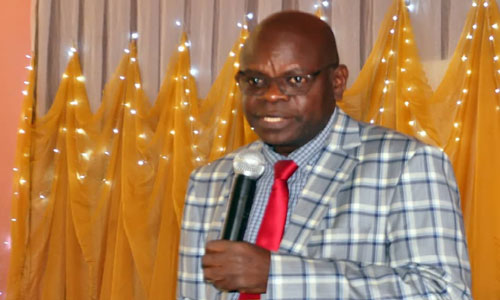