The late  Miss Bolufemi Princess Motunrayo, a youth corps member, resumed at her duty post at Ibagwa Aka, Igboeze South council of Enugu State, during the yuletide. Regrettably, her beauty and cool mien masked her devilish intention until she took her own life  last weekend. Her death has been steeped in controversy as there are  rumours that she was murdered.  CHRIS ORIJI (Enugu) and ISREAL AROGBONLO report:

The deceased reportedly took her own life at Ibagwa Aka, Igboeze South council area of Enugu State where she had been posted for her primary assignment at the Girls’ Secondary School.

While the news of her death pointed towards suicide, some of her old friends, especially in her alma mater believed there might be more to her grisly death.

Motunrayo, a Batch ‘C’ Stream One corps member, from Ijumu Local Government of Kogi State and a graduate of Banking and Finance from Prince Abubakar Audu University, Anyigba, reportedly drank two bottles of sniper, a highly poisonous substance, leaving a suicide note behind.

Our CAMPUSLIFE correspondent, who visited the community on Monday, said the locals were reluctant to speak, considering inquiries as police officers.

How it all began

CAMPUSLIFE gathered from sources that Motunrayo arrived at her duty post during the yuletide; and as such residents had scanty knowledge of her personality.

Authorities of the Girls’ Secondary School where the deceased was deployed, also could not  give much detail. However, certain sources in the school said she was rushed to the Faith Foundation Hospital at Nsukka, located in a nearby local government where she was confirmed dead by doctors on duty. Students who witnessed the incident said doctors at the hospital confirmed her death shortly after she was brought in, still battling for life.

A primary school teacher, Anthonia Omeje ,who knew the deceased and lived close to the Corpers Lodge at Ibagwa-Aka, attributed Motunrayo’s death to family misunderstanding.

Omeje said before her death, Motunrayo confided in her how she was prevented by her parents from marrying her heartthrob.  According to Omeje, on further probe, the deceased refused to speak further on this; yet she (Omeje) felt that probably inspired the suicide.

Many of her colleagues at the Corpers’ Lodge equally declined comments. Nonetheless, those who spoke to CAMPUSLIFE admitted the deceased demonstrated certain strange inclination before she died.

A source said Motunrayo repeatedly complained to them of how she was being maltreated by some members of her polygamous family.

The source, a female,said Motunrayo tricked her roommate to buy her banana before taking her own life.  She said the deceased had thereafter urged those struggling to put her on a motorcycle that ferried  her to the hospital, not to bother, but allow her die in that painful condition.

At Ibagwa Aka community, the residents expressed shock at the news of the suicide, describing it as a ‘strange occurrence’ and unheard of in the community.

A community leader, Abugu Aka, said it was unbecoming of a promising young girl who has successfully completed her university education and now serving her fatherland to consider suicide as a way of escaping life’s vicissitude.

A member of the community Amaechi Okwor, who joined other sympathisers to rush Motunrayo to the hospital, said he barely knew the personality of the deceased, who according to him,  arrived the community during the yuletide.

Okwor recapped to  CAMPUSLIFE how he rushed to the scene of the incident following panic raised by Motunrayo’s colleagues.

Another member of the community, Cosmas Ayogu, said he saw the deceased an hour before she drank the poisonous substance.

Ayogu said: “I was sitting close to the Corps members’ Lodge when she (Motunrayo) passed. She was seductively dressed. We even admired her beauty and wanted to know who she was.

So, being a new face, my brother, who was sitting with me, called her attention and demanded to know why she did not bother to exchange greetings with us. At that time, she reduced her pace and we exchanged pleasantries. I didn’t know that was the last time I was going to see her alive.

“She went to the next shop and demanded for sniper, unfortunately, the shop owner didn’t have it. So, she moved on. Nobody knew where she got the insecticide from, and being a new corps member who just arrived the community, we thought she wanted to fumigate her room. Nobody suspected what she was about to do. I was shocked to hear that she is dead now.”

At the home front, one of Motunrayo’s friends, Onoja Integrity Johnson said:  “The last time I spoke directly with Motunrayo whom we also fondly called: ‘Fortunate’ was during her last birthday on June 12. She told me to craft a befitting birthday post for her

“She was my friend in KSU. She was more like my lodge mate as she was always around my lodge- the then South Coast situated at back of NTA, Anyigba. She was my junior student though but we were close.

“Someone around her revealed to me that they tried talking her out of depression to no avail. That meant she was already soaked in suicidal thoughts that no one could help. At that point, she couldn’t help herself too.

“I have read tons of comments from people about her death since but I kept mum because I know that those people never met her. Some are alleging she was killed and forced to write the note she left. They might not be wrong as anything is, possible under this sun. I have a hunch too but let the police do their job.

“Fortunate was so beautiful that if legs were detachable, a lot of ladies would borrow her legs to show off and if human faces were things to lend, a lot of people would lend her face to win beauty pageantry. Physically, she was flawless and impeccable. Her smiles could heal any man of pains and her voice was gold.”

Arowolo Solomon who happened to be one of the Ijumu students’ union leaders, KSU chapter, described Motunrayo as a flashy personality in her lifetime.

“Motunrayo was an expensive kind of lady while she’s was attending our weekly LGA meetings in school back then. She was the type that always liked to fulfill her wish whenever she wanted to. Her death was just so unfortunate.”

One of the deceased lecturers Dr. Origin J,  debunked the rumour her former student was mentally unstable.

“I say without any contradiction a big ‘NO’ to the insinuation that Motunrayo might be mentally imbalanced. To the best of my knowledge, she had no mental problem, nor prior case of even slight insanity,” Origin noted, defending the deceased.

“She was a student of my department in KSU, whom I didn’t get to know so much about until she was in her final year about a year and half ago.

“Like several other students in similar situations, her immediate  problem bordering on outstanding school fees, daily upkeeps and academic standing, brought her very close to me. Later, I got to know she had some other ‘personal’ family problems too.”

Meanwhile the deceased alma mater has said there might be more to her death; yet the management must tread softly since the incident did not occur within the institution’s premises.

“We don’t have in depth information as regards the circumstances that led to her death,” KSU Chief Security Officer Aurelius Yusuf Adejo (rtd), told CAMPUSLIFE on phone.

“However, from the report we got, she’s was actually forced to write the suicide note due to some pressure mounted on her by some aggrieved individuals. The reason we haven’t followed up on the report is because the incidence happened not within the school premises.”

Meanwhile, the Enugu State Police Command, has commenced investigations into the matter.

This was confirmed by the Enugu State Police Public Relations Office (PPRO) Ebere Amaraizu,   in a telephone interview. 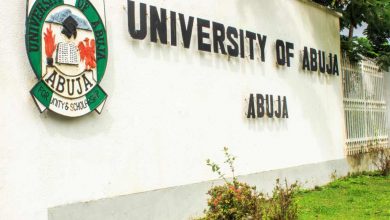 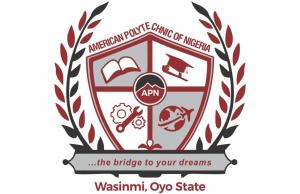 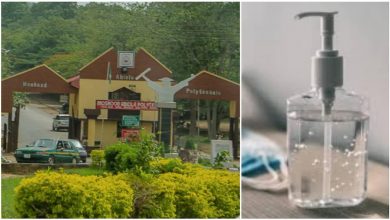 MAPOLY produces hand sanitisers, says they are of international standard 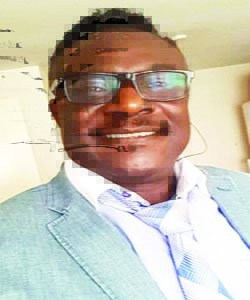