The management of the Imo State University (IMSU), owerri,  has suspended two lecturers, who were  caught  on camera in an alleged sex for marks scandal.

The video which went viral online shows the two lecturers caught in a compromising position with their female students.

This development has forced the University’s management to suspend both lecturers, while an investigation panel will be set up to look into the matter.

Ralph Njoku Obi, spokesman of the University, confirmed the story to news men, as he also stated that the management of the institution has inaugurated a committee to probe the two lecturers.

He also confirmed that the two lecturers in the trending video clip are lecturers of the University.

“We just came out of an expanded management meeting now. Management resolve to set up a panel to look into the veracity of the content of the video clips but as it stands now; the two lecturers have been suspended so they can give us ample room to do a proper investigation into the matter.

“It is believed that the trending video clips may have again exposed the ugly underworld of sex-for-grade syndicates operating in the Imo State University, Owerri.

However, reports revealed that the two randy lecturers, caught in the act are senior academics in the institution, and are currently being questioned by the police in the Imo state capita, Owerri.

The two lecturers identity was disclosed to be; Professor Victor Njoku, of the Department of Chemistry, and Emmanuel Esogbuonye Agomuo of the Biochemistry Department.

In the viral video clip, Njoku was allegedly caught in a compromising position, while trying to engage in sex with a female, suspected to be a student of the University.

He was caught and arrested pants down by security operatives, while still trying to carry out the unholy act.

The other video clip showed the other lecturer, Mr Agomuo, stark naked and was handcuffed by a security operative, in what looks like a different sexual escapade.

Further investigation revealed that one of the lady in the escapade was about getting married, but one of the lecturers still insist on having a sex romp with her, and collected the sum of N150,000 from her.

The lady which identity has not been revealed, reported to the police, and she was asked to play along with the lecturer, in what can be called a sting operation.

It would be recalled that in October, 2019, a senior lecturer at the University of Lagos, Akoka, Dr Boniface Igbeneghu was caught on tape making sexual advances at a ‘student’ seeking admission into the school.

Igbeneghu , a lecturer in the Faculty of Arts, was caught after a reporter with the British Broadcasting Corporation posed as a prospective student of UNILAG. 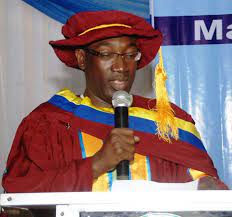 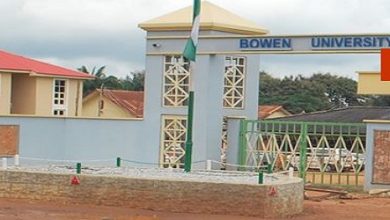