The Academic Staff Union of Universities, ASUU, has disclosed that its members are in consultation over the Federal government’s recent proposal to the union.

The National President of ASUU, Prof. Biodun Ogunyemi said the union members are making consultations so as to determine their next line of action.

He however noted that the consultation currently going on amongst ASUU members would extend to next week.

Speaking to newsmen, the ASUU boss said: “We have what the government is offering and have transmitted the same to our members nationwide, and we are consulting on what the next line of action will be.

Recall that there have been series of meetings between the leadership of ASUU, and the federal government representatives, headed by the Minister of Labour, Dr. Chris Ngigi, who had promised that government would pay all withheld salaries of lecturers.

Also, the federal government in its own effort to end the lingering crisis had pledged to release N75 billion for the revitalization of universities and the payment of Earned Academic Allowances. 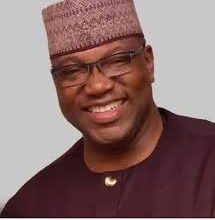