The Academic Staff Union of Universities (ASUU) and the Federal Government are scheduled to meet today in an effort to avert a planned industrial action.

Reports gathered revealed that the Federal government through the Minister of Labour and Employment, Chris Ngige, has scheduled to meet with the leadership of ASUU by 2 pm in a move to forestall the imminent industrial action.

The meeting will afford both parties to look critically at the unending issues, even as ASUU continue to accuse the Accountant-General of the Federation, Mr Ahmed Idris of refusing to pay salaries and remittance of check-off dues of over 1,000 staff for 13 months.

The Chairman of ASUU, Abubakar Tafawa Balewa University, Bauchi, Dr Ibrahim Inuwa, said the protracted strike, which was to press home the union members’ demands for the continued survival of the public university system in Nigeria, was suspended in December after the two parties signed a Memorandum of Understanding on the various issues and providing timelines for the implementation of each of the eight items in the agreement.

Inuwa said over seven months after the MoU was signed only two out of the eight issues had been addressed,

He listed some of the outstanding issues to include payment of the earned academic allowance, funding for revitalisation of public universities, salary shortfall, proliferation of state universities and setting up of visitation panels.

Others are renegotiation, replacement of the Integrated Payroll and Personnel Information System with the University Transparency and Accountability Solution and withheld salaries and non-remittance of check-off dues

A statement by the Deputy Director, Press and Public Relations at the Ministry of Labour and Employment, Mr Charles Akpan, said the minister, Senator Chris Ngige, will be hosting the leadership of the ASUU to a meeting at the ministry’s conference room, federal Secretariat in Abuja.

“The Minister for Labour and Employment Dr Chris Ngige will be hosting a meeting with ASUU. The meeting is scheduled for Monday, August 2, 2021, at Minister’s Conference Room,” the letter read.

This latest episode of the ASUU strike may once again disrupt academic activities in Nigeria universities, just at a time when various institutions are struggling to harmonise their academic calendar

It would be recalled that the union had on March 23, 2020, embarked on an industrial action which lasted for over 9 months, the longest of its strike in 10 years over the inability of the Federal Government to address the issues and implement some agreement the two parties entered years ago. 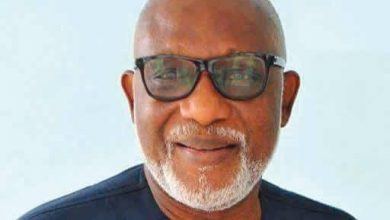