The 17 suspects were arrested from Bauchi, Kano Nasarawa and Rivers, while others nabbed for similar offences in Delta, Enugu and Lagos have been prosecuted.

Force Public Relations Officer, DCP Frank Mba, while parading the suspects, revealed to reporters that their arrest was made possible in collaboration with the West African Examination Council (WAEC).

He said: “WAEC has began massive collaboration and partnership with the Nigerian Police Force designed to strengthen integrity and wipe out all kinds of examination malpractices.

Mba,  regretted that a large chunk of the suspect are employee of WAEC, who were trained and paid by the exam body.

“Some of them are Teachers, Principals in Secondary Schools. One of them is a Primary School Teacher. Some of them were host teachers; some are supervisors in the school where the exam took place”.

The FPRO further explained that, the Police, in conjunction with WAEC, is working to fashion out a robust policy that will curtail malpractices during WAEC exams.

He also, called on parents to caution their wards, and ensure they prepare adequately for their exams in order to avoid exam fraudulent practices.

Mba confirmed that all 17 suspects will be arraigned in court for prosecution.

In the same vein, Mrs Omolemi Hassan, who represented the Head of National Council of WAEC, commended the Nigerian Police Force for the support which resulted to the arrest of the suspects.

She however, denied reports, circulating in the social media that there was leakage of WAEC examination papers during the exams.

She said, “There was no leakage at all. It was those we trusted as invigilators, supervisors that tried to scuttle our efforts by taking pictures of the question papers and posting them to certain people. But before the suspects could escape, the police arrested them.”

It would be recalled that the Nigerian Police in June, 2020, arrested three secondary school teachers, for allegedly aiding and abating malpractices in the West African Examinations Council, (WAEC) 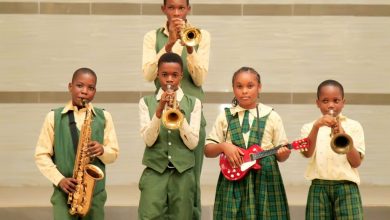