Staff of the Federal Polytechnic, Ado Ekiti, students and residents of the Ekiti capital city, on Thursday protested the collapsed Ureje Bridge, which they described as a death trap and serious hindrance to free movement of vehicles.

They blasted the federal government for delaying action on the reconstruction of the bridge that collapsed last year due to persistent flooding at the portion.

The bridge, located along Ado-Ijan-Ikare road collapsed last year September during a torrential downpour, leading to the death of two persons.

The protesting staff, who were later joined by commercial drivers and motorcyclists paraded placards like: ‘This Bridge has Become a Death Trap”, FG has Disappointed Us”, “We Need Urgent Help, FG Come to our Aid”, among others.

There was long a queue of vehicles along the lines, with many civil servants forced to return home while the staff of the Afe Babalola University and civil servants living along that axis were trapped for hours.

A statement signed after a press conference jointly addressed by the unions by ASUP Chairman, Dr Bisi Olasehinde, said:”We want to say without mincing words that if the Federal government fails to promptly heed to our call, we would have no choice than to relocate our offices to Ureje Bridge .

“Further, we will protest to the National Assembly for the sack of the Works Minister if the FG fails to accede to our request.

“We are here to inform the whole world and remind Nigerians that during the last raining season, Ureje Bridge claimed lives and destroyed property that worth millions of Naira and caused serious havocs to students and staff of the Federal Polytechnic and Afe Babalola University in particular and the people.

“We equally want to inform you that Afe Babalola University and the Federal Polytechnic, Ado-Ekiti that are located on this road, have been solely responsible for the maintenance of the road and the old Ureje Bridge since 2010.

“The condition of Ureje Bridge got to a head during the last year raining season when it caved in, killing two people in the process. The collapse of the bridge led to the disruption of business for thousands of people, staffers of Afe Babalola University and Federal Polytechnic, Ado Ekiti, motorists, transporters and those who had their means of livelihood along that stretch of the road are often held up in traffic for several hours”.

The workers called on the Federal Government to declare the road as a death trap and pleaded with President Buhari to mandate the Minister of Works to instantly address the reconstruction. 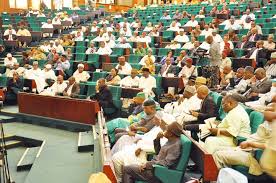 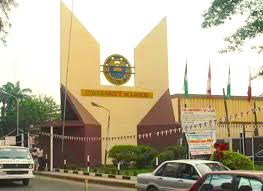