The workers’ unions of The Polytechnic, Ibadan, yesterday embarked on an indefinite strike to press home their demand for the implementation of the new national minimum wage introduced by the Federal Government in 2019.

The resolution for the strike action was reached after a joint congress meeting held on Monday, which comprise of Senior Staff Association of Nigeria Polytechnics (SSANIP) and the Non-Academic Staff Union of Polytechnics (NASUP).

The SSANIP Chairman of the Polytechnic, Ibadan,  Mr. Biodun Abegunde,  told journalists that the unions were forced to embark on industrial action because the matter was outside the spheres of control of the school’s management and needs to be addressed urgently.

Abegunde said the unions were demanding for the implementation of the new minimum wage and the removal of the consultant in charge of the school finances to give room to financial autonomy for the institution.

“The unions are agitating for the implementation of the minimum wage and the removal of a consultant who has been handling and managing the financial affairs of the institution.

“This is a move towards financial autonomy. So the unions are clamoring for the removal of the consultant so that due process can be maintained by the institution.

“We want the institution to have powers to manage its affairs.

“The current mode of operation is affecting the smooth running and operation of the institution and the entire community of The Polytechnic, Ibadan, are not happy.

“We want the council of the institution to be the ones running the affairs of The Polytechnic, Ibadan,” Abegunde said.

When contacted for the reaction of the institution’s management, the Public Relations Officer, Alhaji Soladoye Adewole, said that the Registrar, Mrs. Modupe Theresa Fawole, would issue a statement before the close of work today.

Meanwhile, the academic activities of the institution after the Christmas break were scheduled to resume on Monday with the start of first semester examinations for the 2019/2020 session but were disrupted by the union’s protest.

Recall that EDUCARE News reported earlier that members of the union SSANU and NAAT issued 14 days warning, threatening to embark on an indefinite strike to protest government refusal to implement the New National Minimum Wage. 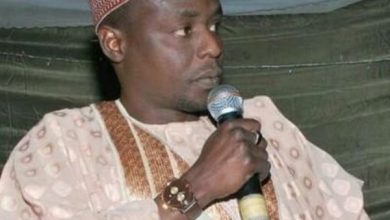